Happy Monday everyone!! It is so nice to FINALLY be on a relaxed schedule and get back to posting, sewing, and planning adventures with the boys! We went from school one week to Scout camp the next and I think my body has finally recovered from the 8-5 non-stop action! Scout camp was a huge hit in our house this year! T will be a Tiger Cub this fall so a parent had to attend camp. Middle is a Webelo I, but he was with his usual den and leader so he was happy on his own without momma. Oldest is a Second Class Boy Scout so while he couldn’t work the camp, he did act as a Junior Scout helper with T’s den. We all had the best time and it was so nice to see the excitement for Scouting in these little boys faces! Here’s a small sample of our week: Camp was organized by class and activity. They rotated activities every 45 minutes and each day the activities changed times.  The young ones had outdoor sports/water sports 3x a day. That was usually swimming, water sports and a physical activity. My favorite to watch was the broom soccer. The boys loved it.  I must add that temps last week were in the low 90’s with heat/uv indexes that were high, so there was a ton of water and breaks any time the boys (and parents!) needed it. I tell you, I drank so much water I thought I’d float home some days.

T’s favorite time of day was the march through the woods to get to the shooting range. There, they did archery, BBGun shooting and Sling shots. The first day was a lot of instruction and missed targets, but by the end of the week, my boy was hitting his targets! *Let me be clear when I tell you all kids were attended by parents, staff and trained professionals. The ready and fire lines were there along with safety gear and plenty of instruction for all of us.* I was very impressed and felt safe. Here is a shot of my oldest helping out his brother and other kids while learning to shoot the slingshot. After several days of helping out other kids, oldest had a few minutes to shoot on his own so that was payment for his great patience  and time! During the scout skills class, the boys were able to learn how to start a campfire, how to identify animal tracks, how to make signals for help  and direction using items found in nature and much more.  Their favorite day was the lesson on how to build an oven out of a cardboard box, aluminum foil and duck tape. It was impressive! Better yet, we got to make brownies in our oven and eat them after lunch. We only had one afternoon when rain hit.  We spent that in the dining hall playing with marbles. We didn’t stop for rain, just the thunder and lightning.  Afternoon classes usually involved crafting and nature.  The crafts were probably hardest for our boys only because their tiny fingers needed more help with assembling, hammering, weaving or tying. That was my favorite class…surprise, surprise. Their last class of the day was often the nature class.  In this class they learned how to identify poisonous/non-poisonous Florida snakes and wildlife, the water cycle and rocks/fossils.  They made bug catchers, rain gauges, and on the final day on geology, learned how to pan for “gold”. There were kiddie pools filled with play sand and water that the teacher had with all size chunks of iron pyrite for the boys to catch. They were in hog-heaven!

By Friday, we were dragging and ready for a break.  We spent most of the weekend cleaning, doing a million loads of laundry and getting our house back to rights.  This week though, it is my husbands turn to take oldest to NW Georgia for a week of camping with their troop.  May the force be with them.

I hope you’ve enjoyed my stroll through our 2013 Scout Camp!  It was so nice as a parent to see the kids being active, having fun and learning new things.  As for my Monday Menu, here’s what I hope to accomplish this week:

How was your week/end?  Did you get a lot done or is your crafty menu long like mine?  Have a great Monday everyone! ~Cindy~ 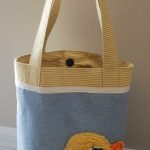